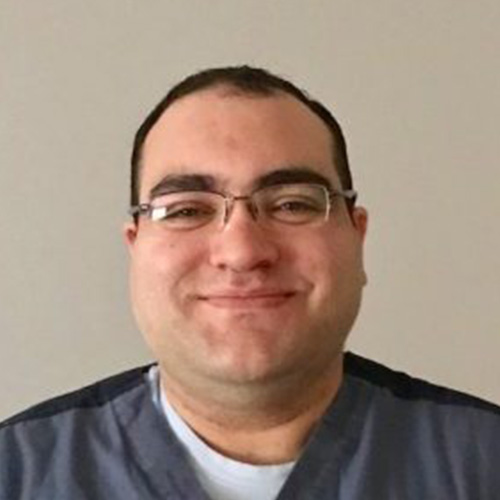 Dr. Negm originally from Alexandria Egypt a costal city on the Mediterranean. has fulfilled his dream by moving to Canada to practice dentistry, he graduated in 2003 from the university of Alexandria and knew right away he wanted to practice dentistry in North America as it had the highest standards through out the world and most recent innovations in the dental field, he has started working on his dream by passing the United States National Board Dental Exam in 2005 then returned home in 2006 and started a dental practice in Alexandria, he practiced their for six years before Moving with his family to Canada in 2012, he completed the equivalency process and received certification from the National Dental Examination Board, in 2013 he moved to Alberta and was registered with the Alberta Dental Association and College, he started practicing in Whitecourt, AB, then moved to Central Alberta and been practicing between Red Deer and Stettler since 2014 before joining the team of dedicated Professionals at Alpen Dental in Blackfalds and Rimbey, Dr. Negm is happily married with two children. Clinically Dr. Negm being a general practitioner provide a wide range of Dental procedures and sedation, he is an Invisalign provider and is registered with the Alberta Dental Association and College to provide IV sedation as well as oral and nitrous oxide sedation, Dr Negm received Fellowship of the International congress of Oral Implantology (ICOI) Outside work he enjoys the outdoors, road trips, swimming and badminton.